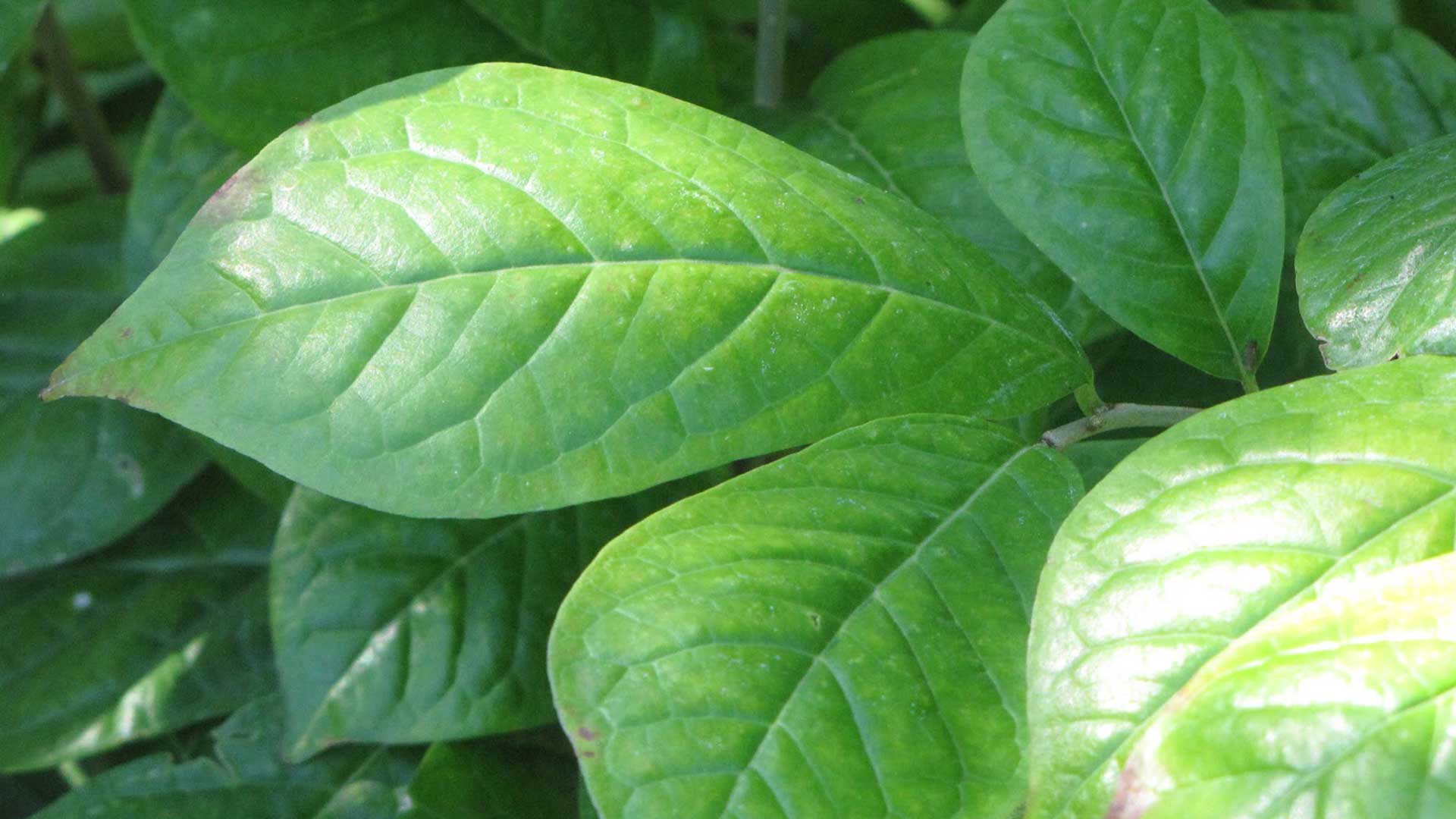 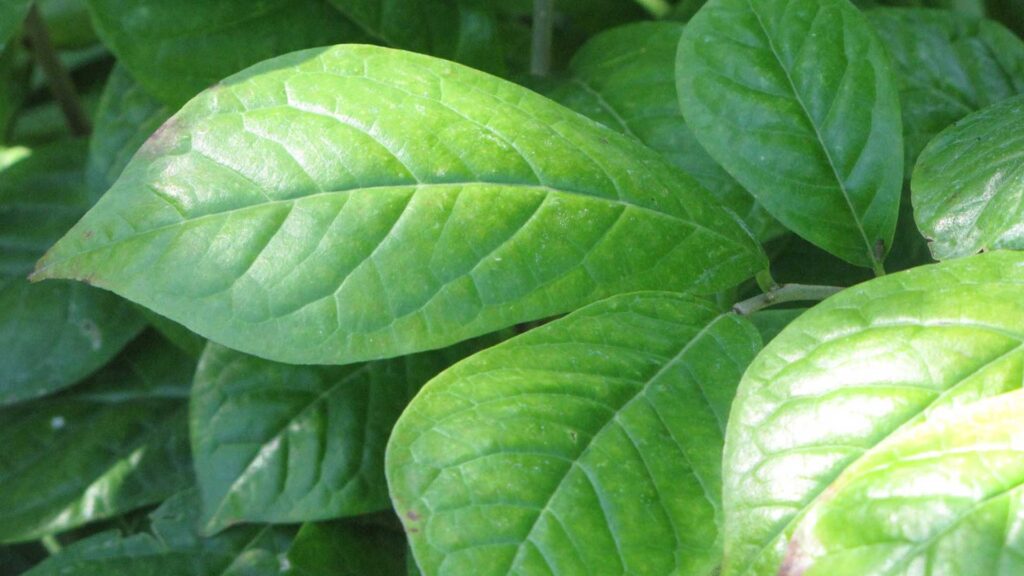 Such a lovely shrub, it should be more widely available. In early geological publications, the existence of Orixa japonica was found and placed in the Pliocene period – roughly 2 ½ to 5 ½ million years ago. Areas in Asia where the plant is currently found in the wild was thought to have been, during the Pliocene period, populated with plants that had migrated south from semi-polar regions. (The environmental conditions of the semi-polar areas of the Pliocene period are thought to be somewhat similar to our current north America and Canadian environmental conditions.) Of course, through time, those areas in Asia had undergone long periods of climatic change. What I find fascinating, is that it included known periods of extreme aridity. Not a tolerance we tend to need, with frequency, in the northern regions. Until this year. The survival of Orixa j., throughout these eons of changing conditions, is a testament to the longevity and adaptability of this under-appreciated plant. Even though the current regions of origin are similar in condition – predominately the mountainous ravines and forest hills of Korea, Japan, and China – the cultivated use demonstrates a continued wide range of environmental tolerance as well as a good-natured response to human intervention.

It was a treat to find it listed, as early as 1784, within private plant collections, and, as a “found” treasure gathered during foreign plant expeditions. With records indicating that Orixa j.has been under western cultivation since the 1870’s, I’m compelled to ask – What happened? Where are they all? Especially given that there are no serious diseases or pests, the fragrant foliage repels hungry critters, and the entire plant is quite tolerant to changing environmental conditions. Hmm. As we all know, plant fashions do come and go. The lack of excitement over the introduction of Orixa j. to western gardeners appears to fall in line with garden and design fashions at the time. When Orixa j. was “newly” available to the western gardeners, exuberantly well-defined explosions of garden color were all the rage. A burgeoning middle class began replacing household vegetable gardens (which were mainly green with a spot of color when fruit was ripe) with external exclamations of their arrival into a better social world (colorful, decorative landscaping). And while Orixa j. has many attributes, flower power is not one of them. As the flower is rather inconsequential with regard to the overall impact of the plant, the impact of the plant on the public remained inconsequential as well. I enjoy the intense herbal scent of the leaves, but some family members, friends, and acquaintances, upon smelling the crushed leaves I jam under their noses, have responded with a not so nice phrase or two. That the foliage scent engenders a love it or hate it response, did not, I’m sure, weigh favorably in the marketability. Such a shame.

Orixa japonica is frequently used as a hedge plant in Asia. And although it responds beautifully to pruning and shaping, the overall character will still tend toward squattish – wider than tall.

If left in a more natural state, an open, slightly mounded, horizontal habit develops. I expect it to max out at, roughly, 8’ – 12’W x 6’ – 10’H. We’ll see, might grow larger than expected. I do like plant surprises. In digging about for growth rate info, reports varied from very fast to moderately slow. My experience, albeit limited in geographic scope, is that it is slow to develop enough root mass to adequately support noticeable top growth. But after 3 to 4 years of wimpy leaf structure and branch development, the top growth starts zooming along, sometimes seeing a foot per year.

The soil moisture demands for all of our gardens is of increasing concern.We all should be watching our water needs – appropriately balancing plant needs and choices with supply, availability, and cost. For Orixa j., drought tolerance is an accurate appraisal of its capabilities. During 2012’s summer of extreme drought and heat, Orixa j. did exhibit extensive scorch along the leaf margins. Thankfully, this is did not appear to harm the overall health and well-being of the plants – plant kudos for that. As the cooler, early fall weather arrived, and brought a smattering of rain, the plants appeared to enjoy resurgence. As they will get no special treatment over winter, I’m going with a wait and see attitude for spring. But – so far, so good.

No matter whether pruned lightly, heavily, or left natural, the leaves are large 3”- 4” wide x 6”- 8” long, a vibrant medium green in color and my, do they have a lovely sheen. Adds great dimension to the overall appearance. The veins are quite noticeable and when planted in full sun, display a delightful tendency to pucker. Fortunately, I have not noticed any decrease in overall health following any leaf puckering.

As discussed earlier, the flowers are rather inconsequential, but none the less – pretty. Developing in early spring, about two months into active seasonal growth, the small racemes of greenish-white will intermittently grace the branches, midway to 2/3, from the main trunk(s). You may have to nose around a bit to find them as they are often hidden by the large leaves. Plants are dioecious (distinct male and female plants) and fruit will only develop in stands where both are present. I have not had the pleasure to witness the mature seed dispersing but I understand it is quite a sight. Reports indicate that when ready, the seeds will be “thrown” some distance from the plant. What more can I say – how fun!

For those of us strange gardeners who like to dally about outside during cold that normal people avoid…the winter buds are pretty. They have an almost variegated coloring to the scale edges, much lighter than the main body of the bud scale.

An interesting tidbit I ran across mentioned that an Orixa j. (or in Japan – Koku sagi, if I got it right?!) tea-like mixture was applied to, and used as, a beneficial treatment to the leaf food of silkworms. It was believed to improve the health of sickly silkworms. Also found some interesting human health uses, but those I’ll leave to the medically trained…

If you have questions specific to your property, or if you’re ready to discuss what The Garden Hoe can do for you, visit the contact page.